Just south of the iconic Medieval Times Dinner & Tournament, the not so formidable but unmistakable “castle” the faces Stemmons Freeway in the Design District, Sir Richard Branson, a true “knight bachelor,” made an appearance this week in celebration of his latest venture.

On Monday, international business mogul Branson made his entrance to the district on a horse to kick off the groundbreaking of Virgin Hotels Dallas, a 14-floor hotel.

An $80 million project that will be completed in late 2018, this is to be  the second Virgin Hotels to be built from the ground up; New York has the first. Branson’s Miami-based lifestyle hotel brand has a hotel in operation in Chicago that is in a renovated historic building. There are also plans to construction hotels in Nashville, Tennessee and Palm Springs, California.

The project site is located on land purchased in 2014 by Dunhill Partners Inc., an investment group that owns several properties in the Design District that it is in the process of developing into hotel, apartment and office buildings. Dunhill Partners is building the hotel in conjunction with Gatehouse Capital Corp.

Gatehouse, also Dallas-based, is a national real estate investment and development firm specializing in hospitality properties. It is known for its development of the W Hotel & Residences, a brand with locations in Dallas’ Victory Park; as well as in San Francisco, Hollywood, and San Diego, California.

The project location is about two blocks south of Medieval Times at the southwest corner of Hi Line Drive and Turtle Creek Boulevard. Once built, the hotel will hover above the medieval themed family dinner theater venue, but more importantly it will enhance a district that has already been enjoying a substantial revival. Virgin Hotels Dallas will be located on the north end of the Design District along Turtle Creek.

Virgin Hotels is branding itself as the bridge between lifestyle and legacy hotels, “with a focus on the fantastic.”

Virgin Hotels Dallas will have waterway frontage thanks to a shared border with Turtle Creek. It will also compete with three other well-established hotels in this northern nook of the Design District–Double Tree by Hilton Hotel Dallas, Sheraton Suites Market Center Dallas, and most notably the four-star Hilton Anatole. Virgin Hotels Dallas will include several restaurant and wine-bar venues. 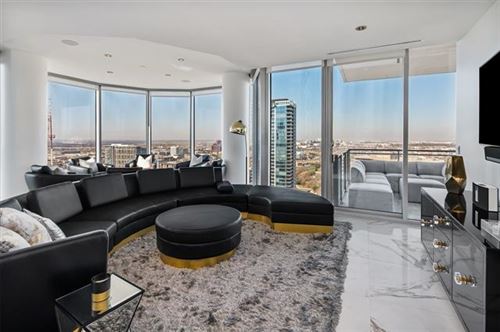