A rendering of the new seven-story office building behind the existing three-story building. Photo courtesy of Corgan.

Corgan, a prominent Dallas architectural firm, made news in August 2016 with the announcement it would be expanding its downtown footprint in the West End in order to consolidate personnel.

Few details were offered at the time, but Corgan President and CEO Bob Morris did say the plans included a renovation of its existing three-story headquarters at 401 North Houston Street and construction of a new office building with a multi-level parking garage. It would be placed where a surface parking lot north of the headquarters building operated under a different owner.

It’s been almost a year since the news, and there hasn’t been much in the way of visible progress, though Corgan claimed construction would begin in the fall of 2016 and be completed by the second quarter of 2018. Nothing like that happened, and no explanation was given for the delay.

Earlier this week, the Dallas Morning News shed some light on the project by reporting that Fort Worth-based developer Crescent Real Estate is purchasing Corgan’s building and the lot next door that is the project site. Crescent will take over management for the renovation and construction of the new building, and Corgan will stay on as a long-term lease tenant, the DMN reported.

Crescent is very familiar with the West End Historic District, as the company already owns four buildings there — two office, and two retail. The Corgan building and adjacent project site are in the West End, but removed from the historic buildings in the heart of the district. Graphic by Adolfo Pesquera / Courtesy of Google Maps.

Prior to the Crescent deal, Corgan had been walking its application through the city’s permit process. According to City of Dallas records, Corgan’s application for building permits described a seven-story office building with an estimated cost of $25 million, and an additional $4.8 million dedicated toward renovations on all three floors of the existing building.

Because the project site is in a historic district, Corgan had to get its certificate of appropriateness — a prerequisite for pulling building permits — from the Landmark Commission. Corgan’s application was reviewed and approved in December, with the commission finding that “while not strictly complying with the preservation criteria, the proposed work will not be detrimental to the character of the historic district.” The north facade of the Corgan Building, as seen looking south on Houston Street. Photo courtesy of Google Maps.

It makes sense to cut the Corgan project some slack on historic criteria. The West End is considered part of the original town of Dallas, but the nearest historically significant building is more than a block south — the Book Depository at 411 Elm Street. Corgan’s building is sandwiched on two sides by blocks of surface parking, and its western border looks over DART railroad tracks — and beyond that, an expressway.

The Landmark Commission considers the existing building “non-contributing” to the historic character of the district. Its nearest neighbor is Fairfield Residential’s 555 Ross Avenue, a very modern 267-unit, 5-story residential development that just opened this spring.

Corgan built and moved into its headquarters in 2006, but the company had outgrown its home by 2014, the year management began renting space at 1701 Market Street two blocks east.

“As part of the expansion, Corgan plans to update its existing space to respond to the changing needs of its various workgroups,” Corgan stated in its 2016 announcement. “The renovation will focus on enhancing both the employee and client experience.”

Morris noted that Corgan’s mission is to create places where the clients enhance and enable their organizations.

“This is an opportunity for us to do the same with this exciting renewal of our headquarters,” Morris said. 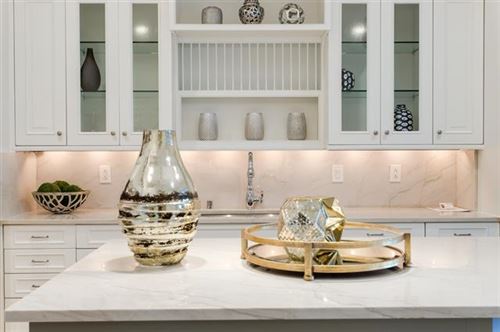 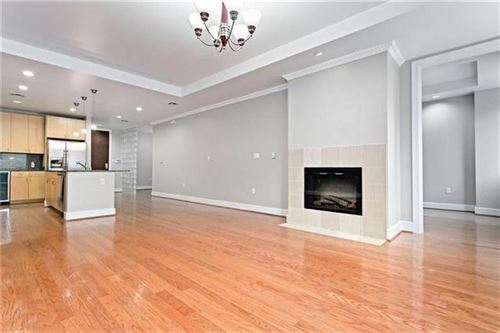 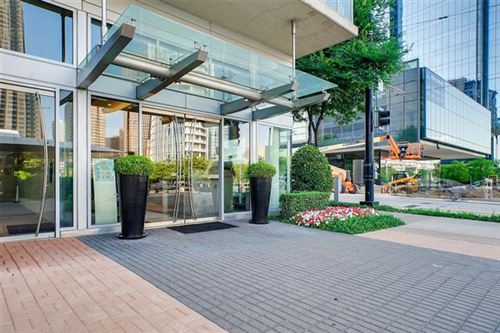 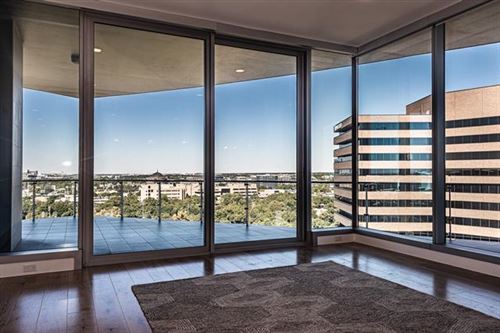